‘A researcher needs a strong teaspoon and a lot of patience!’ The secret to a successful career in academia, research and innovation

As leading researchers at Imperial College Business School, London, Paola Criscuolo, Professor of Innovation Management and Dame Carol Propper, Professor of Economics have forged world-class careers at the forefront of academia and innovation. They discuss what it takes to stay ahead in academia, the role of luck, talent and perseverance — and why diversity is essential to be able to observe, investigate and ultimately change the world for the better.

How can academic research change business and society for the better and how does that drive your work?

PAOLA: There is an idea that breakthrough innovation is the result of recombination of existing solutions but what I think firms and scholars so far haven’t paid as much attention to is the team of managers and experts that decides which innovation to support and invest money in, Our research has shown that having a team of experts in a single domain doesn’t lead to more radical breakthrough innovations. You need a team of managers or experts inside organisations with different educational, work and disciplinary backgrounds, especially when you have radical innovation which often means they are touching upon unfamiliar territory. Our research in this area has shifted conversation in the innovation domain and also highlighted that companies often don’t pay attention to the selection process itself, which can introduce substantial bias in the outcome of the decision process.

CAROL: Without a diversity of voices, you don’t ask the right questions and you don’t get the big changes you need. I still think a lot of economists don’t understand the idea of juggling variable income over months, which is what low-income individuals do whether they’re in the gig economy or not. If you’ve always had a salary, how can you know what drives people’s decisions? And when you’re looking at imposing something like a tax on a childcare benefit you have to understand that plurality of views and have people with lived experience, not just those who come from public schools, which is a real problem in economics. [The footballer] Marcus Rashford knows that some children need free school meals in the holidays because that was his experience. You also need the credibility of having people [in research] who have the same lived experiences to talk about why the worldview that others may be articulating may not be right. Brexit is an example of that. Every economist in the land would tell you Brexit is going to be bad — just the simple mechanics of coming out of a trade bloc with 200 million people in it and where there is free access to both labour and trade is mad as an idea, regardless of what you think about what Brussels does in terms of regulations or the immigration policy.

Have you ever run up any barriers as a woman in academia?

PAOLA: I am lucky because my long-term mentor has always been very supportive of me. Not only that, but if we were organising an event, his first worry would be whether we had enough women. On the other side of that, because of a more general tendency to invite men to panels first, I find I do have to be a bit more proactive, pushy even. I have to say, ‘I understand you wanted to invite me to give this seminar — who should I talk to about that?’ I don’t think I’ve felt discriminated in my career as a woman, but one thing that has bothered me especially in the last few years is because there has been a push towards having more gender balance in academia I sometimes don’t know whether some invitations I get are because they really value what I’ve done or just need to have a woman there — which can give me a bit of imposter syndrome.

CAROL: I’ve never had a mentor or female role model because there weren’t any women when I became a professor. I was one of five in economics in Britain and the only woman in my department for a long time. I have fought strongly for equality and diversity throughout my career, right from being a lecturer still when I was involved in starting a committee on Women in Economics with the Royal Economic Society. When I was at Bristol University, we actively recruited and promoted a lot of women to professor, but the reality was a lot of people, men and women, didn’t like working in a male-only environment. It should not always be the women that call it out though. We’ve got other things to do — like get on with our research. And it should not be up to people of colour to have to tell white people about the microaggressions they experience all the time. People with less power shouldn’t have to be telling people in power they should give up their power. It should be people in power, telling other people in power to give up their power or share it.

What challenges are unique to academic life?

PAOLA: In this job, you can work wherever you want, whenever you want. But if you’re not careful, it takes over your life. Work-life balance often means saying no to invitations and opportunities and I often take advice from trusted long-term colleagues on whether to take something on or not. These can include academic paper reviews, which are very important to an academic career but are done on a voluntary basis — if you talk to a businessperson, they just cannot understand how we don’t get paid for this work. If I get a request to review, I make the decision on whether the paper is something I’m interested in reviewing and who is asking me.

CAROL: Academic progression at the end of the day is only about the research you produce. So, it’s the slow accretion and slow is the word for social sciences, particularly economics where it can take seven years for a paper to go from an idea to being published. I was promoted to being a professor at 38, which was probably unheard of — but I got a whole pile of publications out of my thesis fairly fast and that set me off on a career. Certainly, within economics it is all that really matters — you could be from Mars and have zero social skills as long as you publish.

What skills and attributes propel a successful career in academic research?

PAOLA: Academics need passion, patience and perseverance and they need to be comfortable with autonomy. In academia, you are your own boss — you decide what to work on, which means you need to be determined, self-motivated and believe in your ideas even when you get rejection, or your paper doesn’t get published. Sometimes you will also have to decide if you need to stop a project, or not. This happens inside organisations too, where a company might call time on a project and scientists or engineers who still believe in the idea will often go ‘underground’ and work on it as a pet project alongside their official projects. Sometimes in research, we need to just keep going in the face of rejection.

CAROL: A Harvard psychologist described research as being in an airplane and as you’re looking down you can see pockets of people digging in the sand with a teaspoon. A researcher needs a strong teaspoon and a lot of patience. Success is a combination of application and luck, and the nature of innovation is that there’s an awful lot of uncertainty. It’s a random variation that you can’t do much about. I’ve seen colleagues working on an idea get pipped to the post by somebody better known and that sets their career back five years. It’s about being in the right place at the right time — academia has fashions, and academics are magpies — they like the newest, shiniest thing. For success in academia you’re going to have to work hard, but you’re also going to have to try and make your own luck too, publicising your work. And don’t doubt your talent. If you’ve been hired, you’ve been hired in a very competitive environment. 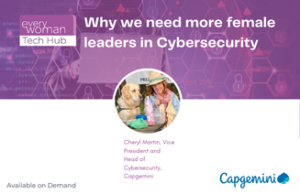 ON-DEMAND WEBINAR – WHY WE NEED MORE FEMALE LEADERS IN CYBERSECURITY

In this webinar, you’ll discover: 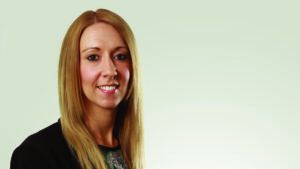 As Head of the Discretionary Management Service at Saunderson House, Emma Bennie’s clients range from City law and accountancy firms to entrepreneurs wanting to grow their wealth. We talked to her about what investment brings to financial health, how the wealth management industry is changing to attract more female talent, and why change is something to embrace in your career. 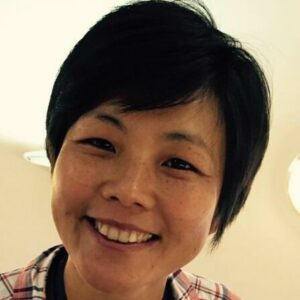 Navigating the tech world: international moves, going from technician to leader, and dealing with mid-career changes

Bridging both technical and non-technical roles, and international cultures in her career, Senior Security Architect at Kainos, Jing Xu has learned that high expectations and continually developing your skills are key to success — and that you can recharge your career with new challenges at any point.

Download the App to tap into your career boosting toolkit anywhere, anytime.

Please confirm you want to block this member.

You will no longer be able to:

Please note: This action will also remove this member from your connections and send a report to the site admin. Please allow a few minutes for this process to complete.

You have already reported this